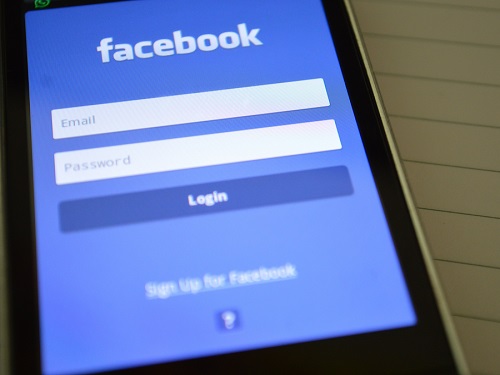 After experiencing two outages in a week, one lasting more than six hours, and a whistleblower at a Senate Committee hearing alleging potentially harmful effects from Facebook’s algorithms, some are asking ‘what’s going on with Facebook?’

Recently identified former Facebook employee turned whistleblower, Frances Haugen, was found to be behind a series of leaks reported in the US Wall Street Journal alleging that Facebook has been putting profit over safety. She added to the points made in the articles by alleging in a recent appearance on popular US TV programme ’60 Minutes’ that there were conflicts of interest between what was good for the public and what was good for Facebook.

– Knew that Instagram was worsening body image issues among teenagers and had a two-tier justice system.

– Hides most of its own data and when asked directly about how it impacts the health and safety of children, it chooses to mislead and misdirect.

– Failed to act on internal research showing that Instagram had a negative impact on the mental health of teenage girls.

– Has repeatedly chosen to optimise displayed content for its own interests (e.g. making more money).

– Has a lack of accountability that may mean that the company continues to make choices that go against the common good.

– Could be likened to tobacco companies (or driving without a seatbelt) because when governments realise it’s harmful, they will take action.

– Prematurely reinstated old algorithms following Joe Biden’s election win, that may have contributed to the 6 January attack on the Capitol Building(s) (i.e. prioritising growth over safety).

– Uses moderation that is mostly focused on English content (nearly 90 per cent), despite most users being non-English speakers.

Frances Haugen has appeared and testified before a Senate subcommittee on Capitol Hill, repeating the allegations that she believed that Facebook’s products harm children, stoke division, and weaken the US democracy.

It has been reported that last Friday, Facebook’s vice president for policy and global affairs, Nick Clegg, sent a memo to employees outlining what Haugen was likely to say in the 60 minutes program. The company has denied that it encourages bad content and does nothing about it.

To make matters worse, Facebook has also suffered two damaging outages in a week. The first was a global outage that took down Instagram, WhatsApp, Messenger, and Oculus (virtual reality/3D) and was reportedly caused by the backbone connection between data centres shutting down during routine maintenance, causing the DNS servers to go offline. The second (last Friday) lasted around two hours and affected Instagram feeds and Messenger.

The Cambridge Analytica scandal created some huge trust challenges for Facebook, forced them to answer a lot of questions from the government, caused reputational damage, and appeared to make the company work hard and make changes to rebuild trust. Haugen’s allegations, however, (which have been applauded by some as an act of bravery) appear to suggest that this may not be the case and that there are some further significant, meaningful changes to be made in terms of social responsibility and safeguarding issues. Critics, such as Harvard professor and author Shoshana Zuboff, for example, take the view that Haugen’s revelations have shone a light on how big tech companies like Facebook and others operate a kind of surveillance capitalism where our personal experiences are simply used as free raw material for large-scale behavioural data extraction for profit. Facebook and other tech big companies use secret algorithms as part of their daily operations, so total transparency is always going to seem very unlikely. There was also some speculation online that the timing of the outages (when the whistleblower’s allegations were being widely reported) was suspicious but there is no evidence of this. Now that Facebook is so widely used by businesses (Pages, Ads, and WhatsApp particularly), the six-hour outage would have frustrated and annoyed many business customers, thereby generating some more bad publicity among a customer group that is really important to the social media giant. There’s no doubt it’s been an unbelievably bad week for Facebook, bringing to the surface more of the old trust issues, and it is likely that we have some way to go yet before this story returns to the background.

We appreciate that the IT world is full of jargon and open to a range of misunderstandings. We do our best to keep it simple, to leave out the tech talk wherever possible and to ensure that you are kept in the know, using language that you can understand. As a long standing independent local company, we are recognised for providing exceptional service and wont push unnecessary sales, an ethic that we stick firmly to.