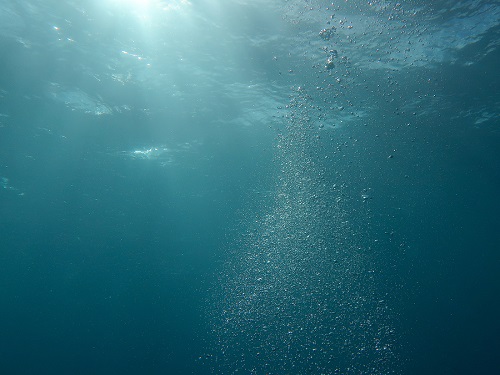 Researchers at the University of Tokyo have developed a device that can desalinate water at least one thousand times faster than existing methods.

A Membrane Made From Tiny Fluorine-Based Nanoscopic Rings

Scientists at the Tokyo School of Engineering’s Department of Chemistry and Biotechnology constructed tiny fluorine-based nanoscopic rings that were coated with a hydrophobic surface of a dense molecular bond of carbon and fluorine. The fluorine was chosen because of how well it contributes to the water repellent properties of Teflon coatings e.g., on pans. The tiny rings, at 0.9 to two nanometers, much smaller than a human hairs strand which is 100,000-nanometer size, were stacked to create an impermeable lipid membrane.

The scientists first used computer simulations to predict and gauge how effective such a membrane would be in cleansing water and the real tests confirmed the success that the simulations predicted.

Given that water covers 70 per cent of earth, but only around 3 per cent of earth’s water is freshwater and, of that, only around 1.2 per cent can be used as drinking water, a fast, effective desalination device could be very helpful. For example, this technology could help getting fresh water more quickly to more areas where there is a shortage or hazardous supplies (drinking water accessibility) and could help with agriculture and habitat protection. The abundance of seawater makes it a sustainable solution where the system (as in this case) is not energy-hungry or doesn’t have a big effect in the surrounding environment.

Another positive aspect of the membrane-based system is that it requires less energy to operate than other desalination systems and is easy to use. The Tokyo University scientists who developed the system also anticipate being able to make much larger membranes to use in industry, and perhaps to develop similar membranes to reduce the carbon dioxide or other undesirable waste products released by industry.

There are large areas of the world where fresh water and drinking water are in short supply and this problem may become even worse with global warming. Being able to use an energy-efficient, effective, easy to use, and much faster system than existing desalination methods could bring real benefits to those areas in terms of basic living necessities, agriculture, habitat protection, and business. The system’s potential to be modified to help reduce industrial carbon emissions is also very promising from an environmental perspective. This project also illustrates the importance of computer simulations, models, and digital twins in speeding-up and getting a better understanding of the viability and likely performance of innovations and products before committing to building them, and to help pre-test potential changes in a cost-effective way. Technology such as simulations and models are, therefore, now an important contributor to getting sustainable ideas more quickly to market for the benefit of all.