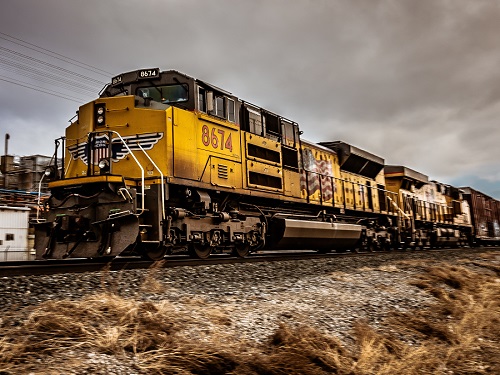 The newly developed ‘Infinity Train’ in Australia uses gravitational energy to fully recharge its battery-electric systems on its outward journey so that no additional charging is required for the return trip.

Gravitational Energy is the potential energy associated with the gravitational field, which is released when the objects fall towards each other. An example is hydro energy (used in hydro-electric power generation) where energy is produced by the force of falling water e.g., water in a reservoir behind a dam falling.

The Infinity train, which is still in development, will recharge its special electric battery using gravitational energy created by the downward force of the heavy iron ore that Fortescue’s trains transport as part of its mining operations.

Fortescue Chief Executive Officer, Elizabeth Gaines said “The Infinity Train has the capacity to be the world’s most efficient battery electric locomotive. The regeneration of electricity on the downhill loaded sections will remove the need for the installation of renewable energy generation and recharging infrastructure, making it a capital efficient solution for eliminating diesel and emissions from our rail operations”.

Fortescue’s iron ore mining operations are reported to involve the use of 54 operating locomotives that haul 16 train sets. It is understood that in 2021, these rail operations consumed 82 million litres of diesel, which accounted for 11 per cent of Fortescue’s Scope 1 emissions.

With Fortescue aiming to decarbonise its mining operations by 2030, the Infinity Train is a way for Fortescue to drastically reduce its emissions and fuel costs, expand its green fleet, and help it to become a major player in the growing global market for green industrial transport equipment, thereby pleasing its shareholders. The use of the Infinity Train may also create maintenance efficiencies and productivity opportunities.

WAE Chief Executive Officer, Craig Wilson, has said that working with Fortescue “presents an exciting opportunity to develop new technologies as we work together to tackle climate change”.

What Does This Mean for Your Organisation?

Not only will the gravitational energy battery re-charging system help Fortescue to meet its green targets and make savings, but also has potential to be used to help reduce in emissions elsewhere in the hard to abate heavy industry sector. This technology appears to show real promise as a way of helping to decarbonise and increase levels of sustainability in other transport and heavy industries / mining operations where gravity and the weight of what is being carried could become a source of cost and emissions-saving advantage. This story also shows how synergies, opportunities and competitive advantages can be created by the joining of two very different companies whose challenges and solutions fit together.