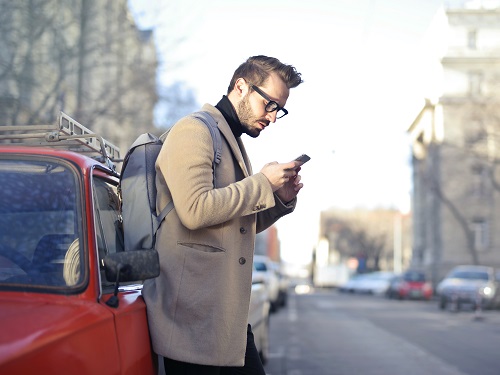 Google has announced the introduction of three new features to Google Maps that will enable users to make greener travel route choices.

The new features, which were unveiled at the company’s ‘Sustainable With Google’ event are designed to help tackle the problem of 75 per cent of transportation CO2 emissions being one of the largest contributors of greenhouse gasses worldwide (International Energy Agency).

Based on a new sustainable routing model, the three new Google Maps navigation features are:

Eco-friendly Routing. Google says that AI and insights from the U.S. Department of Energy’s National Renewable Energy Laboratory (NREL) have helped it to design an entirely new routing model for Maps that not only gets users to their destination as quickly as possible, but also optimises for lower fuel consumption.

In addition to showing the fastest route, this new feature (which is already live) will also show the most fuel-efficient route, even if it isn’t the fastest. Eco-friendly routing also gives users an ETA for each option, thereby allowing users to make their own sustainability choices while taking into account their own travel needs.

Google estimates that this feature could prevent over one million tons of carbon emissions per year, which is the equivalent of removing over 200,000 cars from the road!

Lite navigation for cyclists. Based on the statistic that biking directions on Maps has dramatically increased in cities around the world (by up to 98 per cent), this feature is designed to make cycling safer and easier for the growing number of urban bike users. With cyclists citing having to constantly look at a screen-on phone and use urn-by-turn navigation as a problem, Google’s Lite Navigation instead give users an at-a-glance snapshot of the route and includes real-time ETA update and route elevation details. Lite navigation will be live on Android and iOS in the coming months.

Bike and scooter share information. This expansion of an existing feature now draws upon shared bike and scooter information from over 300 cities around the world and help from Google’s micro-mobility partners including Donkey Republic, Tier and Voi (Europe), and Bird and Spin (US-based).

With this feature, Google Maps users can find nearby stations, pinpoint how many vehicles are available at that moment in any of the cities, and even make sure there’s a place to park before heading to the station.

There has, however, been some criticism of another of Google’s travel/traffic related sustainability projects. Google’s use of artificial intelligence to optimise traffic lights in a scheme at four locations in Israel has led to some critics voicing concern that Google may not know enough about traffic engineering to be extending the scheme (as it plans to do).

With the climate crisis now high on the world agenda, big tech businesses, many of which have been involved in sustainability projects around the world for some time, are now using their tech skills and their communications reach to highlight and compete using sustainability innovations and product features that users can share and understand the value of. AI is a key technology that is driving many of these sustainability features and is now beginning to really prove its value in helping to tackle some of most difficult challenges to businesses, governments, and the world. Some businesses involved in transportation of passengers or goods in city centres e.g., food delivery, couriers, and others, may find these new features from Google useful, and these features along with other sustainability efforts by Google e.g., water stewardship at data centres represent valuable good publicity as well as delivering environmental benefits.

We appreciate that the IT world is full of jargon and open to a range of misunderstandings. We do our best to keep it simple, to leave out the tech talk wherever possible and to ensure that you are kept in the know, using language that you can understand. As a long standing independent local company, we are recognised for providing exceptional service and wont push unnecessary sales, an ethic that we stick firmly to.